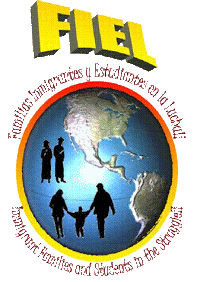 A TEMPORARY HALT WHILE WE STILL NEED PERMANENT SOLUTIONS

A federal judge has blocked President Donald Trump’s effort to shut-down the Obama-era program that provides quasi-legal status and work permits to foreigners who entered the U.S. illegally as children.

Alsup said Attorney General Jeff Sessions’ conclusion that the program was illegal appeared to be "based on a flawed legal premise."

Unless halted by a higher court, the ruling will allow former DACA recipients who failed to renew by an October 5 deadline a chance to submit renewal applications and will also require the administration to allow renewal of applications expiring in the future. The decision does not permit new applications for DACA status.

If the judge’s order remains in place, it could also roil ongoing legislative efforts on DACA by undercutting the urgency many advocates have expressed, calling for legislation to be passed before large numbers of Dreamers begin losing their protected status in March.

"We urge the community to remain calm and allow the process to take its course while we figure out a timeline for if and when applications for renewal can be submitted. We will need to move forward and continue to push for real long term permanent solutions since we cannot rely on a temporary program or the courts.." -Cesar Espinosa Executive Director FIEL.

FIEL: Immigrant Families and Students in the Struggle is an organization that advocates for just laws for immigrant families,

access to higher education for all people regardless of immigration status and for the rights of all people in unjust situations.